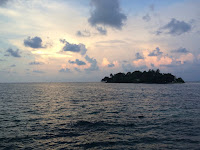 When my missionary mentor, Dr. Susan, asked if I wanted to join her family on their vacation to Madang, I jumped at the chance. The 5-day trip to the northern coast of Papua New Guinea happened to coincide with my 3-month anniversary here in PNG. 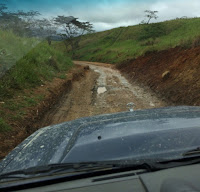 Traveling in PNG is always an adventure, and this was no exception. With roads in various states ranging from well-paved highways to muddy, pothole-riddled dirt tracks; the 460 kilometer (285 mile) drive to Madang took 10.5 hours to complete. 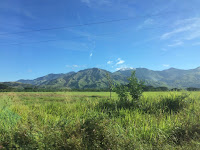 First, we traversed the mountains, reaching the 2,478m summit at Daulo pass. Then we descended the mountain to Yonki Dam and the famous switchbacks that lead down to the Ramu flats below. There was a palpable temperature difference as we left the mountains and sped across the plains, surrounded by fields of palm oil trees, rice, and sugar cane.
After that came a seemingly endless stretch of doldrums (and very bumpy roads) before we reached the rainforest. The highlight of the rainforest was spotting white cockatoos among the dense green foliage. Finally, we crested the last hill and saw the ocean for a second like a gleaming jewel in distance. 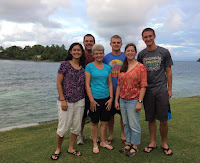 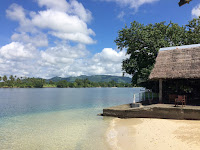 The resort in Madang rests right at the waters edge, providing beautiful vistas and a sea breeze that helped a little in the 100% humidity and heat. We spent the next three days snorkeling on the coral reefs just off shore, kayaking in the surf and nearby lagoon, relaxing, and playing games. 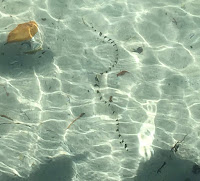 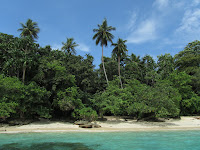 One of the highlights was taking a boat out to Pig Island, an uninhabited jungle island right out of a movie like Castaway or Robinson Crusoe. The reefs and many types of tropical fish there were amazing. We saw clown fish playing in sea anemones, large neon green and blue parrotfish, blue polka dot boxfish, and a sea snake. 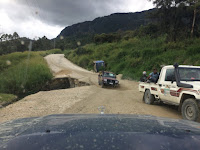 The drive home was another trial of endurance— testing our ability to avoid whiplash, motion sickness, and bruised tailbones on the bumpy ride. We were fortunate though not to meet any “raskols” (bandits) along the way. Although I’m not eager to sign up for the drive again, I greatly enjoyed seeing the diverse landscape of PNG and I am thankful for a few days of refreshment, relaxation, and refocusing.